skip to main | skip to sidebar

"The book can be seen as a criticism of scientists who are unconcerned by the potential consequences of their work."

We believe that sometimes, when you start doing something you imagine that it will be very succesful, and sometimes it's real or more than succesful, but sometimes you think it will be brilliant and it's not what you thought.That's because you can have big expectations of something that you are working on and then you don't see it as excelent as you thought when you were planing it.
You're mind starts working and you imagina a lot of thing that can be real or not.
In the case of Frankenstein, he was afraid, confused, he had changed his surname, because he knew what happenned to his grandpa many years ago and he didn't want the same experience for him.But then, he proved and he discovered that his grandfather was a genius, that he had created life.He tryed to repeat the steps that his father wrote in a book and he had the same result, but again, he was repentant because he created a monster.He didn't saw the fact that he had created life, he only saw his creature and he rejected him.That's why we agree with the sentence.You never know what are you doing until you see the results.

my opinion of the play (a bit late) by johanna g. 2m

well, i know that its a bit late to write this, but i couldnt enter to this mail
I really liked the play, i enjoyed it because it combined humour, music and a bit of romanticism together in an excellent way.
the songs had a very haunting rythm, and im still singing some of them ☻
There was only one problem, and it was that the guys of 3º were bothering all the time, but anyway i could enjoy the play
the vocabulary was really esay to understand, and the actors spoke clearly
i hope to repeat this experience because it was very funny, different and i think that it was much better that any listening excercise at class!!!
Publicado por Johanna Gueler y Florencia Herbstein en 6:40 No hay comentarios:

Opinion about the play (by Tali and Ariana)

First of all we have to say tha was a wonderful play, we enjoy it a lot.
We love the songs that were really funny and entreteining.
We think that watching a play is a very good way to improve our english.
The performances were exellent and the actors have an awfully good pronunciation.
We hope to enjoy more of this amusing acts.
Publicado por Arina, Michelle, Tali y Martina. en 16:09 No hay comentarios:

Enjoy this summary:
The scientists who are unconcerned by the potential consequences about working, for example Lamarck thought that he was in the correct idea about the evolution of the world. Perhaps he was interested in the natural selection so he hasn’t had a concrete ideology of his idea.
At the elections you can select person behaviour like the personality of Lopez Murphy Ricardo or Lavagna Roberto. They are two men running for president. The men have a smart opinion of the country. Argentina’s inhabitants are thinking so badly of their country, but we have to avoid that opinion.
We can continue with Frankenstein’s story.
Victor Frankenstein is a young Swedish scientific who is interested in mystery stories and creates body parts taken from recently dead people. Then Victor gives life to the body and intents the creature to be beautiful but he finds it a monster and runs out of the lab in terror. He thinks the nightmare wasn’t there, but he was wrong. In my opinion Victor was wrong because his fantasy took really when he was a monster. When you are felling the nightmare it can disturbed your mind and mixing the fantasy with the real life.

Her father was left with the responsibility of safeguarding Mary and her older half-sister, Fanny Imlay. He soon fell in love with her and married her, although his friends did not approve of the match. She also disliked the amount of attention that Mary, as the daughter of the two most famous radicals of the time, received from visitors to the Godwin household. She made Mary do many of the household chores, invaded her privacy, and restricted her access to her father. At the same time, Godwin allowed her to listen to the conversations he had with many of the leading intellectuals and poets of the day. They were the eyry of freedom, and the pleasant region where unheeded I could commune with the creatures of my fancy. It was beneath the trees of the grounds belonging to our house, on the bleak sides of the woodless mountains near, that my true compositions, the airy flights of my imagination, were born and fostered.
Mary died on 1 february 1851, at 53 years old in London
Publicado por ARIEL RAJMALIUK 2N en 5:10 1 comentario:

First, I really enjoyed the play, I laughed a lot and it was very amusing. It seems to me that the central objective was to entertain the children in order to they didn't get bored and to teach something to them.
At first, I didn't like the idea of a "continuation" of the Mary Shelley's Frankenstein. I thought that it'd better to see the "real" story that preservs the original spirit of Shelley. But, in my opinion the continuation was a kind of an infantile version of the original that was done to "catch" some of the basic "teachings" that the writer wanted to put in her story and more that Shelley didn't mentioned like "laugh at your fears".
The songs were excellent. My favourite was "The secret to life", I really like the rhythm!
That was only my opinion
Publicado por Johanna Gueler y Florencia Herbstein en 19:50 1 comentario:

Opinion about the play by Guillermo Mosse of 2°G

Well, I think that the play was excellent. I liked it very much (I love comedies!) and I enjoyed the huge difference between this story and the original one; this one is like a parody because it's more modern... with Igor falling in love of Miss Blotcher, and the coquette Elizabeth, the mistery of the word "laboratory" (the strange and strong sound), the apparition of Homero Simpson!! And the salesman of body parts.
Also I liked all the songs. The best one for me was the last one: laugh at your fears, with the monster singing!
Publicado por Anónimo en 15:02 1 comentario:

Today we enjoyed the performance of "The Stage Company" at school.

We watched, sang along and laughed with the actors.

Did anybody take apicture? Upload it, please, and share it with us all!
Publicado por Jimena Cas en 14:40 2 comentarios:


CHARACTERS
Victor Frankenstein: He is the main protagonist, a scientist. He creates a creature, a monster, which horrifies him.
The Monster: Tries to fit in society, but he feels abandoned because of his appearance and decides to get a revenge on his creator.
Elizabeth Lavenza: She is an orphan adopted by the Frankenstein family. She is Victor’s fiancée, murdered in the end by the monster.William Frankenstein: He is Victor’s youngest brother and the favorite of the Frankenstein family. The monster kills him as part of his revenge, in order to hurt Victor’s feelings.
Justine Moritz: She is a maid, taken while Victor was growing up. She is accused and then executed for William’s murder, which was committed by the monster instead.
Beaufort: Friend of Victor’s father, he is a merchant. Caroline’s father.
Caroline Beaufort: When his father dies, he marries Victor’s father. Later, she gets scarlet fever and dies because of it.
Peasants: A family of peasants. The monster observes him and learns how to speak. He starts to send them some gifts, to start a friendship, but when he reveals himself they reject him totally and increase his need to take a revenge on a society so superficial and discriminating.
M. Waldman: The professor of chemistry who introduces Victor into science. He doesn’t accept his conclusion but gets along well with Victor.
M. Krempe: A professor of natural philosophy who encourages him to begin his studies anew.
Where the story take place
The story starts in Ingolstadt (Dr. Frankenstein’s laboratory), Geneva (Dr. Frankenstein’s homeland), then in continue in the mountain (where Dr. Frankenstein talks to his creation). Later, Victor goes to a Scotland island (where he is supposed to create a partner to Frankenstein) and he dies in the Artic (in a boat).
When the story happens
Mary Shelley rewrote the complete story in 1831, but the book was publicated in 1818, when she had thought the story. So, the story is developed in eighteenth century.
Clothes for women: long dresses with a lot of ornaments.
Clothes for men: dark costume with the same color for the tie.
Communication: They used to use letters, because it was a common between those years.
Transport: In those days they used carts, boats, wheelbarrows, etc.
Building: The castles were very dark and gothic and really huge. 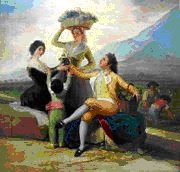 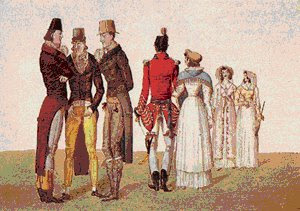 The most succesful films of Frankestein were Frankenstein (In 1931, Universal acquired the rights to a companion piece, Peggy Webling’s 1927 British play, Frankenstein: An Experiment in the Macabre, adapted for the American stage in 1931 by Hamilton Deane. After the success of Dracula with director Tod Browning and featuring new star Bela Lugosi, Carl Laemmle Jr., Universal Studios production chief, offered Whale his choice of some 30 Universal properties. Whale picked Frankenstein.
Casting the Monster was a challenge. In the developing screenplay he would remain mute, but he would be a complex person. They needed an actor of subtlety and range. Whale’s romantic partner, David Lewis (a film producer), suggested that Whale test an obscure but experienced character actor named William Henry Pratt, who went by the stage name Boris Karloff.
On meeting the 43-year-old actor, Whale was fascinated by his face and “penetrating personality.” The key to Whale and Karloff’s shared vision is that the Monster is a oversized newborn child, his lurching, loose-armed walk that of a toddler struggling to keep his balance.
Frankenstein was a run-away success, bigger than Dracula. Karloff became a superstar, and horror films grew from an occasional oddity to a full-fledged film genre, particularly at Universal.)The Hammer Frankensteins differ from the Universals in their lush color, their convincing 19th century costumes, and their fascination with body parts, living (female) and dead (male). Fisher's films form a sequence in their own right (only two of the Hammer Frankenstein films -- The Evil of Frankenstein, 1964, and The Horror of Frankenstein, 1970 -- were not directed by Fisher, and the latter was the only one that did not star Cushing). The Revenge of Frankenstein (1958), Frankenstein Created Woman (1966), Frankenstein Must Be Destroyed (1969) and Frankenstein and the Monster from Hell (1973) can be seen as extrapolation of Shelley's Frankenstein.
The Curse of Frankenstein (1957), ensured Hammer's future and was a landmark in the modern horror film history. Christopher Lee plays “The Creature” as a patchwork, brain-damaged man who moves like a broken puppet. The original Creature was pretty thoroughly destroyed in that first film; subsequently the focus of the Hammer series would be on Victor Frankenstein, superbly played by Peter Cushing. The films trace Frankenstein's ongoing experiments into re-animation and brain transplantation. The latter has become a murderous and increasingly monstrous rationalist.

Parodies of frankestein
“Young Frankenstein " is a parody of the famous book and of the movie led by Boris Karlof.
The movie is in black and white.